The Men’s Riversdale Cup is an Australian Men’s Ranking and World Amateur Golf Ranking Event. It is the second oldest golf championship played in Australia, and was first played in 1896.

The Women’s Riversdale Cup is an Australian Women’s Ranking Event. It is for players of any age, and is played over 72-holes stroke play.

The event is conducted by Riversdale Golf Club and for the first time in 2013 the men’s and women’s events will run concurrently. 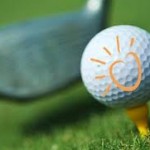 Posted in Things to do in Melbourne
Search